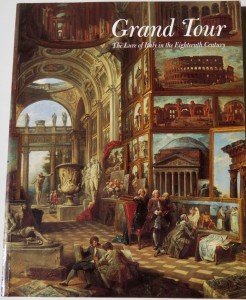 The Grand Tour. The Lure of Italy in the Eighteenth Century.

Published to accompany the exhibition held at the Tate Gallery between October 1996 and January 1997, and the Palazzo delle Exposizioni, Rome, between February and April 1997.

A preface by Francis Haskell and essays by Cesare de Seta, John Ingamells and Ilaria Bignamini.